Know where to play scrabble in this article 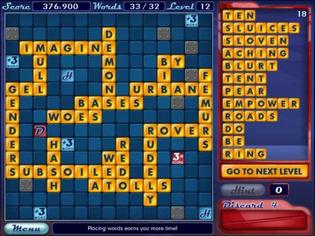 You can play scrabble, as well as Words With Friends on the internet, through numerous ways, such as a few officially licensed sites. There are unregulated sites too that offer gamers a chance to play scrabble and other crossword games similar to it. On Facebook, two official variants are available: one exclusive for US and Canada residents and the other for those outside of these countries. A scrabble-like game called Lexulous is available also. Players only need to have a Facebook account so they can start playing.

Online no download scrabble can also be enjoyed at games.com, which is operated by AOL Games. Here, five versions are offered, including the traditional one. Other variants include Scrabble Cubes, Scrabble Blast, Scrabble Rack Attack and Scrabble Journey. Registration, like in other sites, is also for free.

Aside from being available in Facebook, Lexulous has its own website where you can play scrabble - Lexulous.com. You have to register, for free, before you can play.

Operated by Electronic Arts, Pogo.com is an official website for playing scrabble. There are two versions here: the classic one and Scrabble Blast. The classic version can be played between two and four people, while Scrabble Blast is a single-player game. You can register for free and start playing anytime. 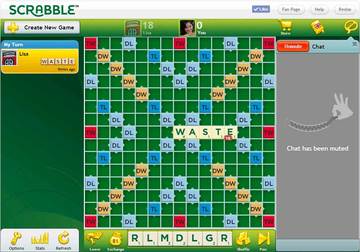 Scrabb.ly is a hugely popular multiplayer game on the internet today. It is basically a crossword and you start building your personal work as soon as you play the first word. When you have to swap any tiles, you will lose a life, which is only limited to three. When your lives run out, your final score will be tallied.

Yahoo Games has Literati. It is a crossword offering that is similar to scrabble but there are other games too, including different versions of online checker and backgammon