So Who Wants To Play Backgammon - Got The Time To Learn The Rules? 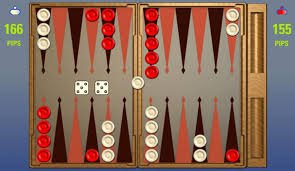 If you're here at Petes Game Room Forum to learn to play Backgammon, although it is quite an enthralling game once all the rules are fully understood, it may take a little while learning.

The game is typically suited to those folks who like to play strategic games and when starting out one can either play Backgammon online, where there is no download necessary, or of course with a likeminded friend who may already be equipped with a board.

No download online games can be fun, especially when one knows how the game can be won and fully understands the rules. On the other hand, if one is still trying to get to grips with how the very basics of the game are meant to be played, it can sometimes be more than a bit challenging.

It's interesting to note although this is essentially a board game as has already been mentioned, Backgammon's frequently described as a "very popular game for two players that uses stones for pieces". Okay so playing online the players won't actually be using real stones or their equivalent as one would do when playing with a buddy, one is going to need a little bit of imagination here!

The real basics of the game are meant to actually evolve around an obstacle race that involves two 15 men armies, these guys are actually represented by two lots of colored stones. They move around the track or the board with its dagger like divisions, twelve on each side of the board known as "points". 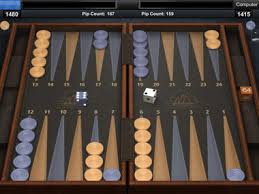 The actual layout of the board is divided into two by a central partition. This partition is called the "bar" and separates what is called the outer board from the home board or inner board or table.

Like online checkers and other board games, Backgammon has its own set of rules to keep the action flowing, what would a good game be without them? Although be warned, it might require a little time to learn them, if one is starting out from scratch, good luck!